Andaman7 is getting closer to its American dream

Andaman7 just took another step forward in its strategy of international expansion as well as in its quest for coaching and mentoring in order to enhance and mature its mobile personal medical file. 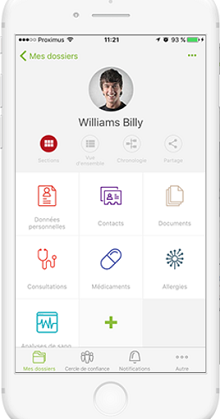 Andaman will be hosted on the South San Francisco JLabs site but is also referenced in the list of startups being coached in Beerse (near Antwerp in Belgium). “JLabs put us on this list thanks to our global approach”, says Vincent Keunen, the startup founder and CEO.

In San Francisco, Andaman7 finds itself in good company, as it will be able to rub shoulders with other young companies of different nationalities but with one common thread - all of them are directly associated with health, pharmaceutical or bio high-tech.

And the interest is…

What is Andaman7 trying to achieve by joining the JLabs incubator? “Visibility, access to Johnson & Johnson as well as Janssen (Pharma) team members”, Vincent Keunen answers.

“That also means financial, operational and sales coaching as well as mentoring for market fit… Not to mention trainings and participation in JLabs activities (seminars, conferences…).” As well as the opportunity to network and interact with JLabs community members (500+ companies, most of them being active in the pharmaceutical sector or offering digital medical devices or consumer solutions).

Under the terms of the signed convention, there doesn’t seem to be any string attached or financial/equity counterpart linked to becoming a JLabs resident company. At least not as a precondition to be accepted in the program.

As stated in a J&J’s “Become a resident” video, the startups joining the incubation program are being selected, among other reasons, because they are considered “talents that we see a future partnership with. It’s a no strings attached model. We are ready to invest but we want to see that they’re in the game as much as we’re in the game.”

Beyond the search for a greater visibility, Andaman7 expects to “increase the market confidence in our solution, to lay the foundations for future projects with J&J/Janssen, possibly even a future funding”, which Vincent Keunen characterizes as “conceivable”.

Andaman7 stay at JLabs isn’t limited in time. David Levesque, a US national, will be the one to benefit from JLabs’ coaching. David Levesque was hired end 2016 as Andaman7 US business development manager. He is based in Redwood City, California.

Speaking of the US… As part of its strategy of international expansion, Andaman7 announced that its app is now compatible with American electronic patient record standards, which allows it to connect and “pump up” record information. This is a major step, even critical, if it wants to get access to the US market. 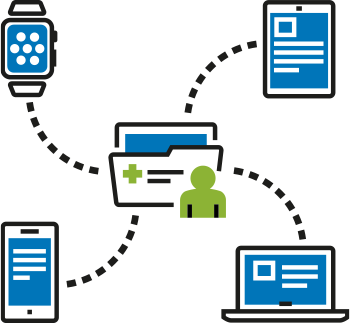 “We have been working for a year on this data import function. This concern patient records from more than 300 US hospitals. We now cover 85% of the American population. In other words, 85% of American patients are able to retrieve their data thanks to Andaman7.”

This integration potential allows the user to import his/her data and hospital information (documents and other non structured information, as well as structured data, such as administrative data, vaccination, medical examinations, allergies…) into their Andaman7 mobile medical report app where they are classified in timelines and themes.

Andaman7 (A7 Software) CEO likes to stress how much Europe may have to worry about its leadership in health data management and ability to take advantage of the innovation potential coming from startups.

“The United States are in the process of solving interoperability issues at a much faster rate than Europe is, thanks to the Meaningful Use programme [interoperability and e-health files exchange standards] and the FHIR API [Fast Healthcare Interoperability Resources].

It’s time Europe - and Belgium - make it mandatory for hospital and medical software providers to break up the monopolies which prevent startups from having access to the market and restrict patient services.
Belgian [health] networks remain firmly closed to startups when the latter could solve a lot of problems, lower social security costs and provide better services to patients.”

Several hundreds requests for access have been sent by Belgian patients to hospitals — requests that they have sent us in cc: All those patients want to have access to their information — they have every right to — but hospitals and health networks are completely ignoring those requests.”

Hundreds of you have claimed your medical data from various hospitals: this stands as an irrefutable evidence that patients want to have access to their data and to take control of their health! Keep the pressure. It’s the only way to combat inertia. You have a right to your data. Claim them ! (2002 "Patient's Right” law and GDPR). You also have the possibility to call your hospital mediation center, their medical directorate or their medical records department in order to put further pressure (the phone number is usually available on the hospital website). You also can call journalists among your friends.

Don’t let you be intimidated by various “security” excuses or arguments such as “respect for privacy” or “risk of commercial use of your data” :
– Andaman7 is one of the most secure systems there is due to the fact that your data are not centralized ; they are only available on your smartphone
– Andaman7 totally respects your privacy - for the same reasons
– your data are not being commercially exploited (Andaman7 doesn’t even have access to them).

Having recruited David Levesque, Andaman7 has a toehold in the US, more precisely in Redwood City, California, since the end of 2016. The recent announcement of interoperability with US hospital records doesn’t mean that the company will open a new location on the American soil. The Belgian company is rather looking for new partnerships “in order to scale. Our technology is one of the most advanced - even compared to American players…”, stresses Vincent Keunen.

Those potential future partnerships could be in the form of equity or even a more closer relationship… And JLabs residency can maybe be seen as a move to explore such new options.